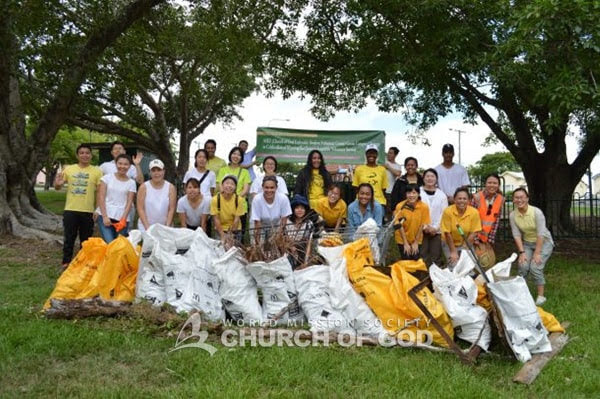 It was a clear sky, early Sunday morning, when a group of volunteers from the World Mission Society Church of God gathered to do good work. They were WMSCOG ASEZ Youth team. Despite 35°C heat and thunderstorms during the week, the young volunteers gathered their strength and rolled up their sleeves to clean. Nearby Dutton Park Train Station, volunteers collected rubbish and spruced up the streets with warm smiles. 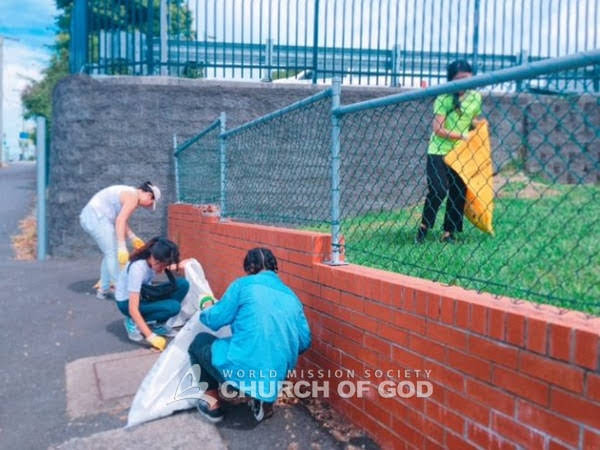 “You are a role model for us” – Cristal Lau, Brisbane Litter Prevention Officer

While working in the sweltering heat, the members of the Church of God shared their joy of making a difference, one CleanUp at a time. Alongside them was Brisbane Litter Prevention Officer, Cristal Lau, who complimented the members with delight, saying, “You are a role model for us!”

The residents were particularly moved and inspired by the volunteers’ caring action for the environment. The young adults were charged with gratitude to God and encouraged by the smiles of nearby residents.

Although the members were in the midst of shifting and constructing their new temple, their care extended beyond their four walls. So, they made time to remember the importance of neighbourly love and putting their faith into action. 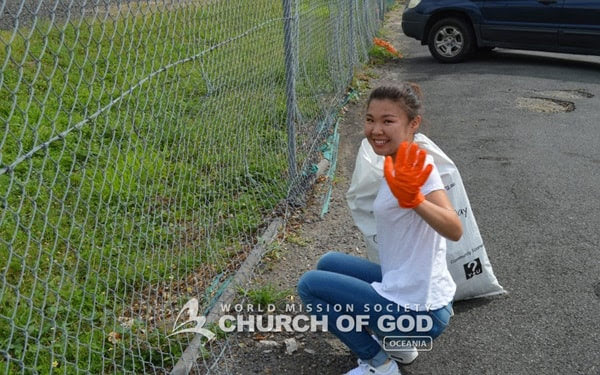 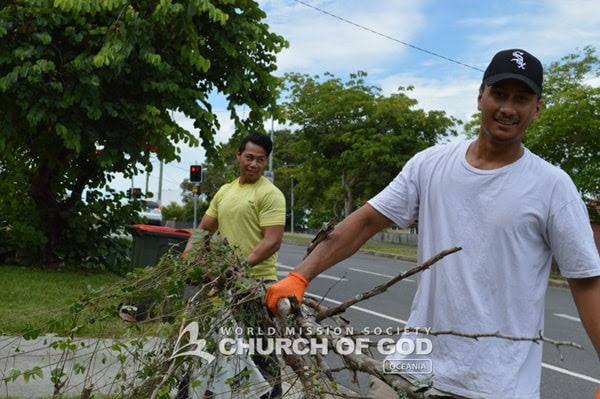 WMSCOG ASEZ Youth team – Salt and light of the world

Raina, from the University of Queensland majoring in accounting, expressed her determination,

“We hope this small work today will be like the 3% of salt in the sea. We too hope to purify the world and be the change the world needs.”

Cherry Zhang, also from the University of Queensland, Honours student in Environmental Science, expressed her thankfulness for participating in a campaign that glorified God.

The sunlight was no hindrance to the volunteers who were keen to make a difference. The hot weather did not deter their efforts to pick up dead branches and other rubbish.

Small but benevolent acts from God the Mother’s love

The members cheered with laughter and joy, witnessing how God Elohim managed everything. It was as if the sky was hesitant to pour down rain during the cleanup. During the lunch break, the clouds and a soft breeze brought relief. After the final tidy up, a sudden yet refreshing shower of rain concluded the day with an even greater sense of vitality.

The event celebrated winning the Queen’s Award for Voluntary Service. The Woollongabba Ward Councillor Jonathan Sri awarded the Church of God in Brisbane with a Certificate of Appreciation.

The WMSCOG ASEZ team’s small but benevolent acts originate from the love of God the Mother. Each individual good deed has a great impact on a much larger and even global scale.