The History of Abraham’s Family

Imagine you have just become a king’s heir who would reign over a kingdom. How would you feel? Most people would feel very excited. Now, imagine that you have become God’s heir to inherit the eternal kingdom of heaven. How would you feel? You would feel far more happy and excited than having become an heir of a king who reigns over a kingdom temporally, in comparison to reigning forever over an eternal kingdom as an heir of God.

Hence, the way to become God’s heir is recorded in the Bible through the history of Abraham’s family. God let us know through whom can we enter the eternal kingdom of heaven.

Why do We Mention Abraham?

First of all, let’s find out about the parable that Jesus taught about the rich man and the beggar named Lazarus.

Luke 16:19~24 “There was a rich man who was dressed in purple and fine linen and lived in luxury every day. At his gate was laid a beggar named Lazarus, covered with sores and longing to eat what fell from the rich man’s table. Even the dogs came and licked his sores. The time came when the beggar died and the angels carried him to Abraham’s side. The rich man also died and was buried. In hell, where he was in torment, he looked up and saw Abraham far away, with Lazarus by his side. So he called to him, ‘Father Abraham, have pity on me and send Lazarus to dip the tip of his finger in water and cool my tongue, because I am in agony in this fire.’”

In this parable we can understand something amazing. Through this scripture, the rich man entered hell and called out ‘Father Abraham,’ when he saw the beggar Lazarus with Abraham in the kingdom of heaven. Who can be called Father in heaven? It is only God. So through this verse, we can understand Abraham stands for God the Father, and Abraham’s heir stands for God’s heir.

Through the history of Abraham’s Family recorded in the book of Genesis, God shows us how we can become God’s heir to enter the kingdom of heaven. 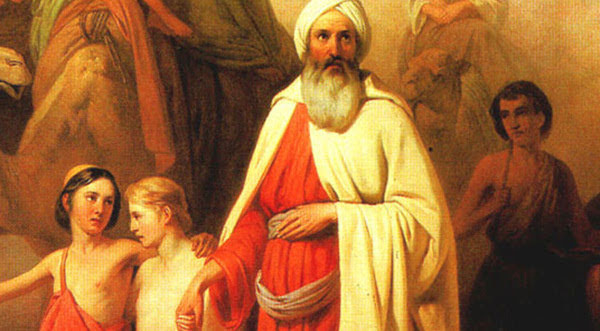 Abraham had no children even when he was 75 years old. Therefore, Abraham wanted to make his servant Eliezer from Damascus his heir. When he asked God however, God did not allow Eliezer to become his heir.

Genesis 15:2~4 “But Abram said, ‘O Sovereign Lord, what can you give me since I remain childless and the one who will inherit my estate is Eliezer of Damascus?’ And Abram said, “You have given me no children; so a servant in my household will be my heir.” Then the word of the LORD came to him: “This man will not be your heir, but a son coming from your own body will be your heir.”

Since Eliezer was not a son of Abraham, he could not become the heir of Abraham.

Since Abraham did not have any children through his barren wife Sarai, Abraham decided to have a child with Sarai’s maidservant, Hagar.

Ishmael was the first son of Abraham, born to him by the maidservant, at the age of 86.

Genesis 16:1~2, 15 “Now Sarai, Abram’s wife, had borne him no children. But she had an Egyptian maidservant named Hagar; so she said to Abram, ‘The Lord has kept me from having children. Go, sleep with my maidservant; perhaps I can build a family through her.’… So Hagar bore Abram a son, and Abram gave the name Ishmael to the son she had borne.”

Abraham asked God again if Ishmael could be accepted as his heir. However, God did not allow Ishmael to be chosen as Abraham’s heir either.

Genesis 17:18~19 “And Abraham said to God, ‘If only Ishmael might live under your blessing!’ Then God said, ‘Yes, but your wife Sarah will bear you a son, and you will call him Isaac. I will establish my covenant with him as an everlasting covenant for his descendants after him.’”

Previously God mentioned the heir must be Abraham’s son. God then imposed one more condition for Abraham’s heir, saying, “Your wife Sarah will bear you a son.” Thus, we come to understand that the chosen heir must be a son born to Abraham through Sarah. The maternal line became the critical factor in the inheritance.

Even though Ishmael and Isaac were both sons of Abraham, God approved Isaac as the heir with the promise of the everlasting covenant. The decisive factor being, Isaac was born of Sarah, the free woman, whereas Ishmael was born of the slave woman.

At that time, in Israel, the eldest son was given the birthright. Naturally, in this case, it was Ishmael who should have inherited all of Abraham’s estate. However, despite being the first son of Abraham, Ishmael was not chosen. God shows us that the decisive factor in choosing the heir was not the paternal line, but the maternal line.

Isaac was Sarah’s first child, and therefore Isaac became the heir, chosen according to the will of God.

Then, What does God Want to Show Us Through the History of Abraham’s Family?

Through the history of Abraham’s family, God shows us that God the Mother is the decisive factor to become the heir of God.

Galatians 4:26 “But the Jerusalem that is above is free, and she is our mother.”

Galatians 4:28 “Now you, brothers, like Isaac, are children of promise.”

Galatians 4:31 “Therefore, brothers, we are not children of the slave woman, but of the free woman.”

The free woman is our mother (Gal 4:26,31) and we can know with certainty that people who believe in God the Mother will become the children of promise like Isaac through Gal 4:28.

According to God’s will shown in the history of Abraham’s family, faith in God the Mother is the decisive factor in our becoming the heirs of God, like Isaac. Let us become God’s children by believing in God the Mother, and receive the promised kingdom of heaven! 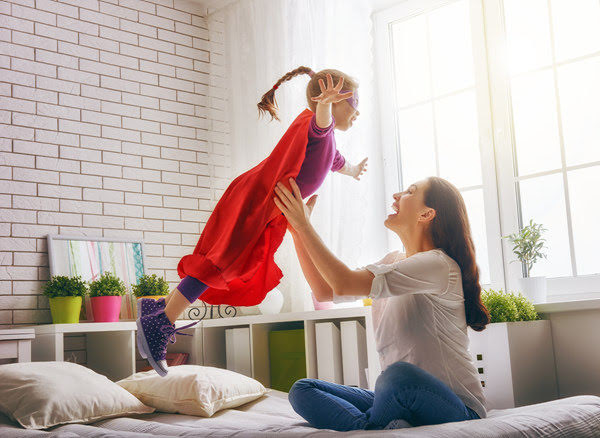