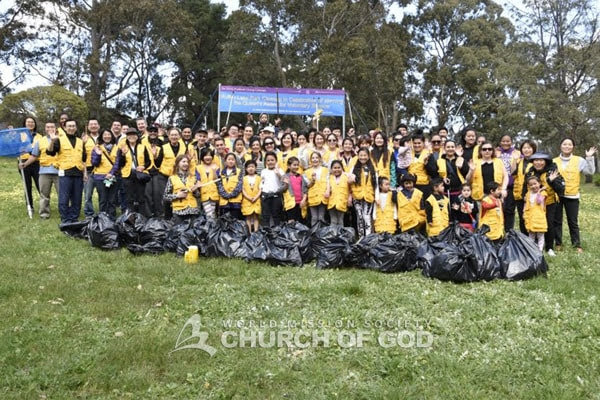 The Church of God in Perth held a worldwide cleanup campaign to continue setting a good example for the local community in Australia. 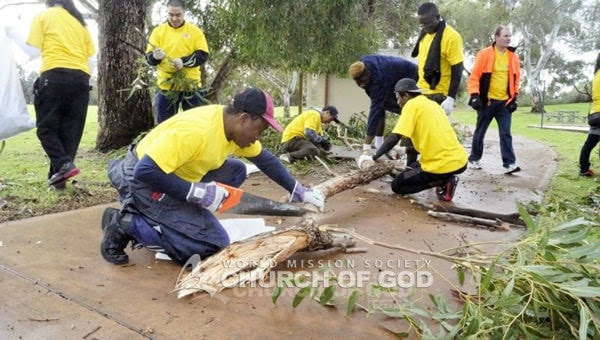 In Western Australia, around 60 local members of the Church of God shared God the Mother’s love with their neighbours by cheerfully cleaning up around Hardey Park, along the foreshore path in Belmont.  Glenys Godfrey, member for the Western Australian Legislative Assembly seat of Belmont and former Mayor of Belmont, accepted the Church’s warm invitation and attended the campaign. Mrs Godfrey kindly provided water bottles to volunteers in support of the campaign. The members were honoured and excited for her coming and hopes she realises Heavenly Mother’s love through this campaign.

Though the weather was unpredictable, the cleanup was conducted successfully under God’s blessing. A volunteer from the Church of God said, “I gave many thanks to Elohim God for the calmer weather today, and even some blue sky this morning. Once the cleanup was concluded, God cleansed the earth with drenching rain, a sprinkling of hail, and the rumbling of thunder. I thank God for protecting us!”

In support of this cleanup, the City of Belmont provided a crew to collect the rubbish bags and the great pile of fallen branches that the Church of God volunteers collected. 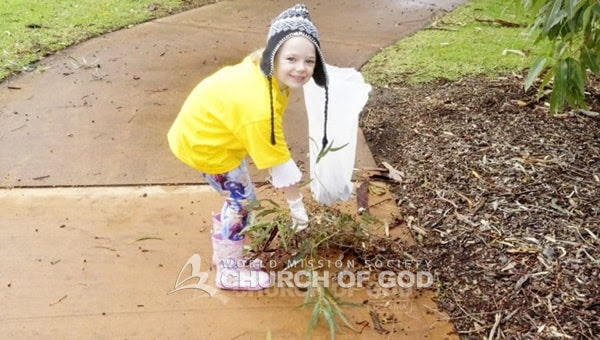